Eight for Each State – West Virginia

by Jessica | US Geography | 4 comments 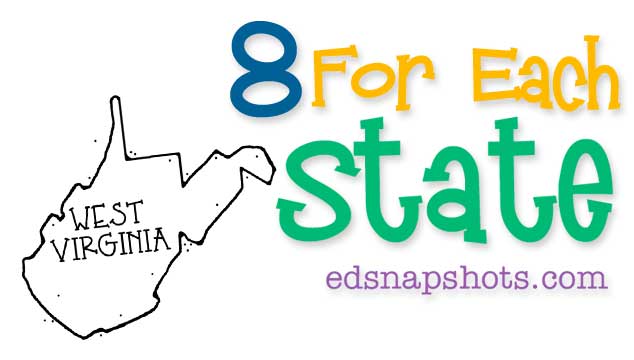 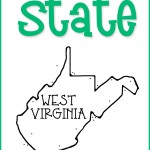 West Virginia is an interesting state. The only state to form as a result of the Civil War, it has incredible mountains, coal and railroad industries, and plenty of character.

West Virginia was an adventure for us. We enjoyed the familiar desert of apple pie and hot dogs but with a new twist. The girls especially enjoyed making coal flowers. Enjoy these activities and more below!

1. M is for Mountain State by  Mary Ann McCabe Riehle

What a fun book! A great way to kick off any state study is with a good introduction and this book provides just that. From here we scour our other books for more fun and interesting facts on the topics we liked the best.

Other good nonfiction books are:

I remembered somewhere that West Virginia made up their hot dogs in quite the original way. After checking for recipes we decided to try this one from FoodNetwork.com. I bought a can of chili and a small container of slaw instead of making my own.

The girls were not sure they would like the combination of chili, coleslaw, and mustard, so I made one and they all took a bite. It was unanimous, they all wanted just ketchup on their own hot dogs. It was an experience anyway.

This was a food everyone felt more comfortable about, except maybe me. Before this apple pie, I had yet to make a good one.

West Virginia is the largest producer of Golden Delicious apples. This is not a variety we try often so the children were excited to try it in pie.
Our recipe came from The United States Cookbook: Fabulous Foods and Fascinating Facts From All 50 States by Joan D’Amico. This is a great resource to have for your state study. We have used it for several states.

Coal was a huge industry in West Virginia. Many coal mining families were poor and did not have extra money for pretty things. Coal flowers could be made with a piece of coal, and common household items. 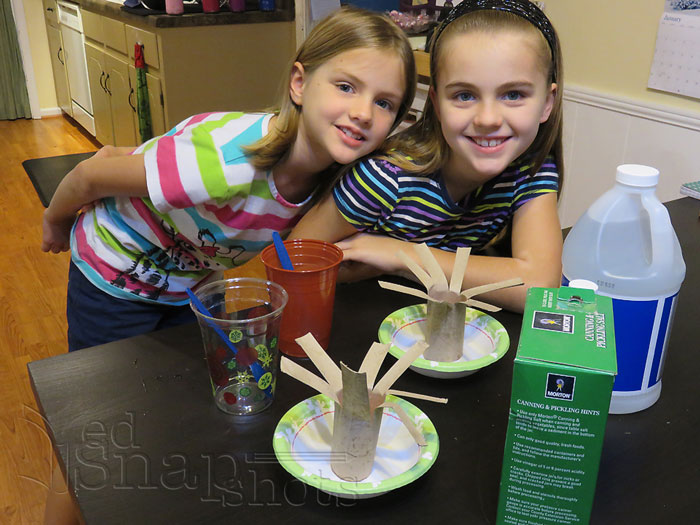 The best lesson plan I found was from the American Coal Foundation. I like their solution recipe the best. However, Home Chemistry had some great pictures and other tips. We did try the cup up paper towel rolls but cut up sponges worked the best for growing the crystals. 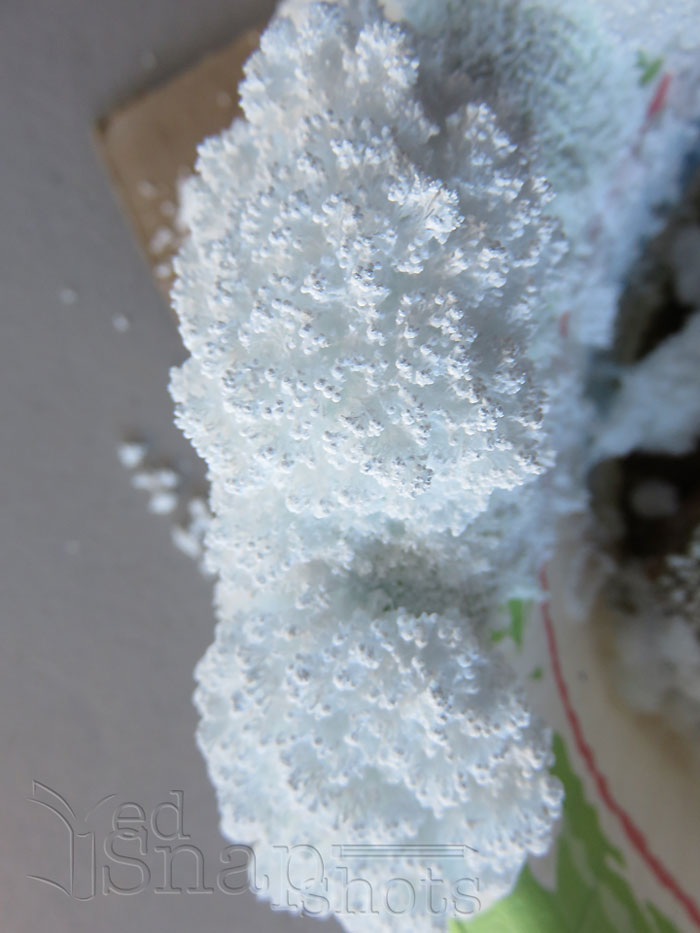 West Virginia is famous for its glass making. If you have never seen someone blow glass, watch below for a real treat!

Held each year on the capital grounds, the Vandalia Gathering is a mixture of folk music, dance, and traditional crafts. Here, West Virginia celebrates its many cultural heritages.

The man to break the sound barrier, not once, but twice is a famous West Virginian. Enjoy these resources for sound barrier fun.

I found the story of Mother Jones, a fearless fighter for safe working conditions, fair pay and treatment, and better living conditions for coal miners in It Happened in America, True Stories from the Fifty States by Lila Perl.

It is an interesting story about a woman who devotes most of her life to helping others in West Virginia. This is a great story for discussion. Why did Mother Jones want to help coal miners? What conditions did she see as unfair? Were they truly unfair? Were the coal miner bosses right to treat their workers in this way? What would be better for everyone?

I hope you enjoy West Virginia as much as we did! Tell us about your travels sometime!

YMB #10 All About Narration: A Conversation with Sonya Shafer