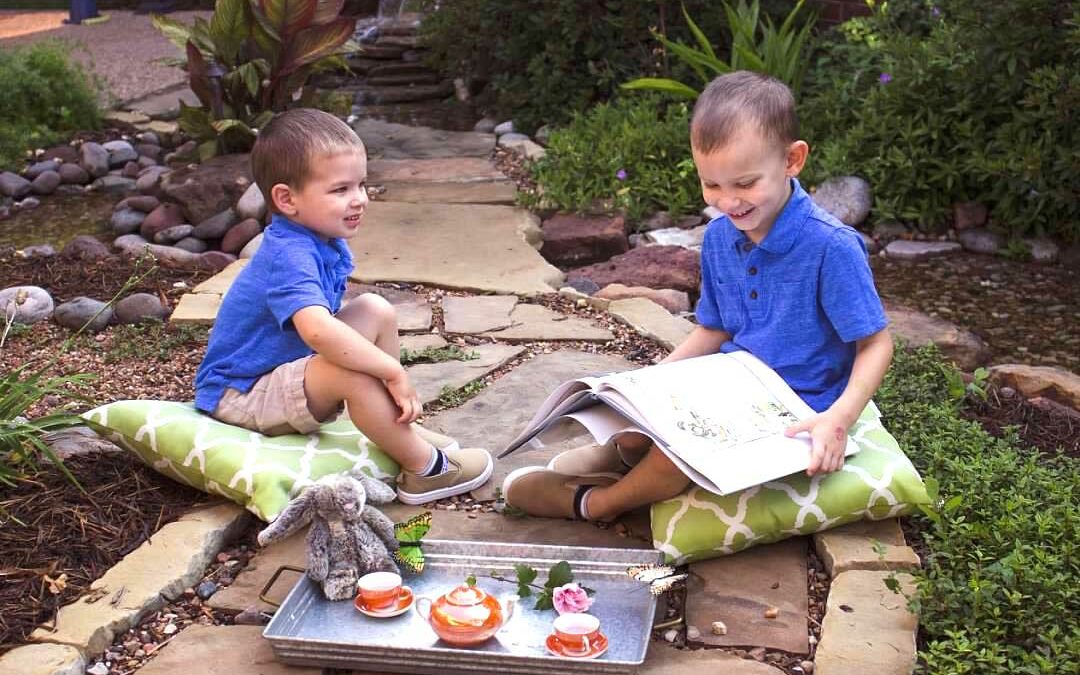 I discovered the life-altering power of teatime when I crossed the pond to teach English to the English. On my first day of class, I watched in awe as the entire school—students and faculty—stopped for tea. In an instant, I knew that practice would forever be part of my life. Fast forward a decade, and teatime is now a routine part of our homeschool.

Over the years, I’ve often seen homeschool moms lament that they don’t, won’t, or can’t do teatime because they only have boys. This mindset continually bewilders me, because there is nothing inherently feminine about teatime!

Winston Churchill stopped for tea—at one point during WWII he called tea “more important than ammunition.”

Albert Einstein found scientific principles in a cup of tea.

Even John, Paul, George, and Ringo took tea together! Teatime serves as a common denominator for heads of state, scientists, authors, and rockstars alike. Surely there’s a place for it in homes full of boys.

Our family’s teatime journey began when my sons were ages two and four. Honestly, it began out of a deep need for sanity in my mama-heart. I was up to my eyeballs in toddlerhood and the preschool years—teatime became a marker in our week that reminded me we could and should be civilized. Poetry Teatime Tuesdays were a hit! 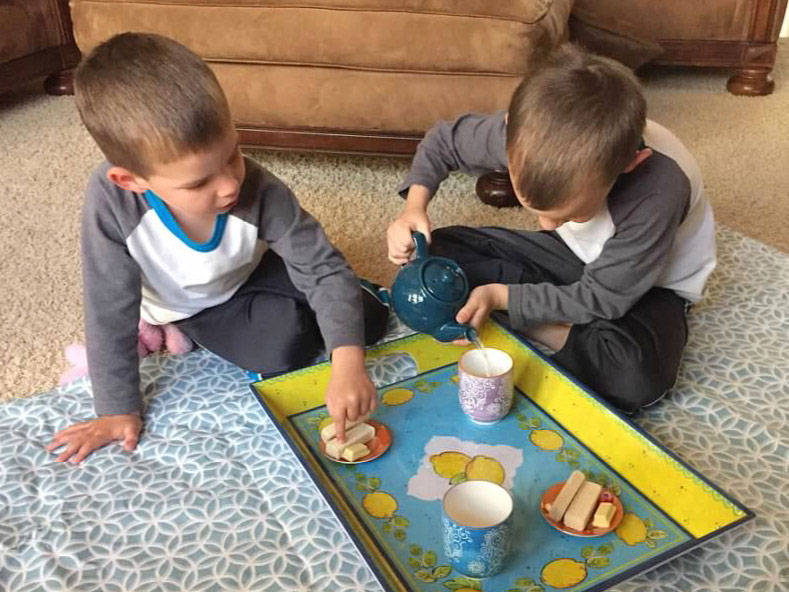 In those early days, we would sit together in the floor on top of a vinyl tablecloth, to catch the inevitable spills. Plus, if they dropped a teacup it wouldn’t fall far enough to cause any damage. I would read them one or two short poems before they scampered off to play. As time went on, we moved up to the table and switched from weekly to daily teatimes.

My sons have been using real teacups and teapots since they were two and four years old. They took our special ritual very seriously and handled the cups with care.

Granted, I don’t make a habit of pumping them full of caffeine; there are endless delicious varieties of herbal teas that can be sweetened with honey. In spite of my sons’ British DNA, they actually hate the taste of tea.

Teatime doesn’t have to be limited to tea! When they were quite small, I just served water in their tiny teapot. Five years into our teatime journey, they’ve graduated to more exciting tastes. In the spring and summer, they prefer fresh-squeezed lemonade. In the autumn and winter, they revel in warm apple cider. All of it gets served in our seasonal tea sets. 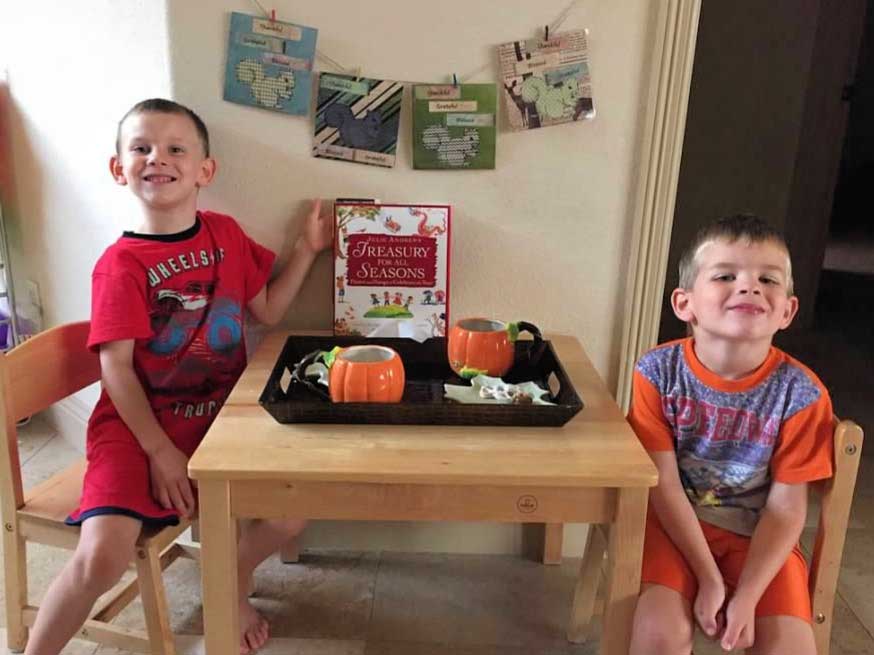 These days, 2:00pm marks our official teatime. We’re done with school at that point, and gather at the table around the tea-tray. Some days I read aloud poetry. Robert Burns read in an over-the-top Scottish accent pairs quite well with a cup of tea. Shel Silverstein and Shakespeare sound even better while savoring something sweet.

Other days, it’s a Psalm or handful of verses in Proverbs. My boys have enjoyed myths, legends, and folktales while sipping cider and nibbling cookies. There were many months when The Hobbit was our faithful teatime companion. (For the record, hobbits love tea.) On particularly long or hard days, we just sit and enjoy one another’s company. It can be the perfect time to pray and speak blessings over my young men.

There are no hard and fast rules for tea. Just because social media is flowing with the milk and honey of beautiful homeschool teatime snapshots, your teatime doesn’t have to look like anyone else’s. Hot Wheels and Legos have been more prevalent at our tea times over the years than fancy frills!

The practice of teatime in our homeschool goes far beyond drinks and snacks; it’s a sacred space that ushers in shared experiences. Our homeschool rhythm of tea is a time of stories, laughter, and love among a mother and her growing sons. It’s an anchor in the day that allows us to gather and drink deeply from the cup of gratitude. 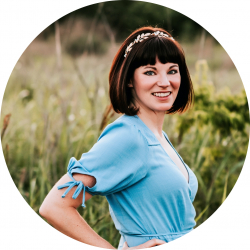 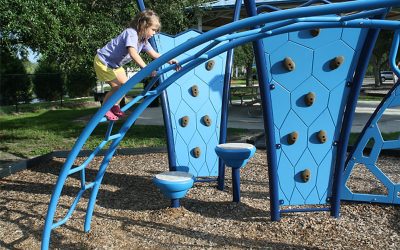 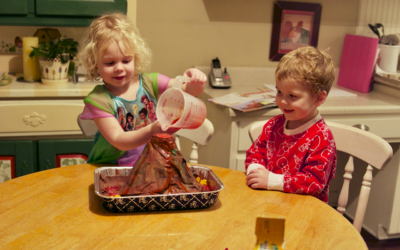 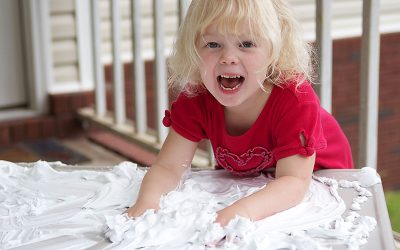 Can You Successfully Homeschool Preschool? A New Approach