Socialization, take two. For HIGH SCHOOL, that is. 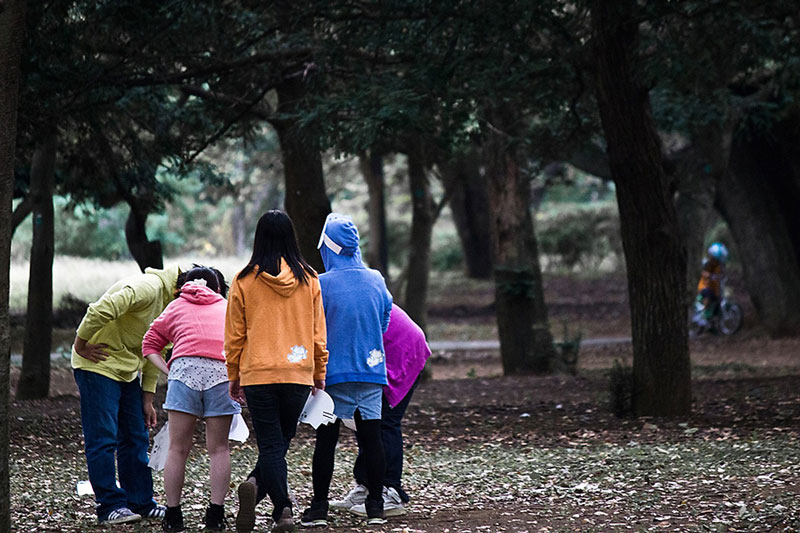 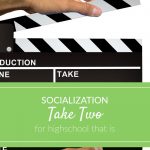 The socialization thing again. Just when you’ve calmed all the relatives’ fears by proving that your kids are indeed capable of holding a conversation, “even though” they’ve been homeschooled through elementary and middle school — now the question rears its ugly head again. Because now your kids are TEENS.

For some reason, one of the BIG BIG arguments against homeschooling high school is that teens need opportunities for socialization. Many — even those who have enjoyed homeschooling all along — believe that public school is the only place for teens to be fulfilled in this area. Well, they’re wrong.

True story: I had just told this seemingly very nice lady that my kids were in high school at home, and she immediately responded by saying that her kids were in public school because she didn’t want to “limit their opportunities.” Translated: you are limiting your children, and we are not. Alternate translation: your kids will be weird and uncultured and struggle in society.

I just looked at her, took a beat (during which scratching her eyes out did cross my mind), and replied, “Yes, every family must make the schooling decision for themselves.”

And later I channeled my aggression about her statement into a blog post, lol. But more on that further down. 🙂

The thing is, I do totally get that teens are a bit more needy in this area. It is a time of life when friendships can be very important, and our children are growing in their understanding of the world and where they fit in it. But we need not fear that our teens will be “limited” socially by being schooled at home during these years. That is short-range thinking.

What can we do to fill that need while still homeschooling our kids through graduation? Well, the possibilities are endless, really. All it takes is a bit of creativity and willingness to give of ourselves (within reason, of course) to make it happen. Until they get their driver’s license, for example, we may need to be the chauffeur. Or we may need to be willing to do the legwork to get a program started where there is none.

But here are just some of the options:

Surely this is enough to get started with, lol! (And one of the neat things about many of these is that they can be counted for high school credit. Just sayin’. 🙂 )

Who says homeschooled teens won’t be sufficiently socialized? Someone who can’t think outside of the box, that’s who.

Or someone who is locked into the idea of a system where children ARE limited, based on age and intellectual ability, to interacting with basically the same kids all day long, every day. Yea, that’s socialization, all right. *snark alert* 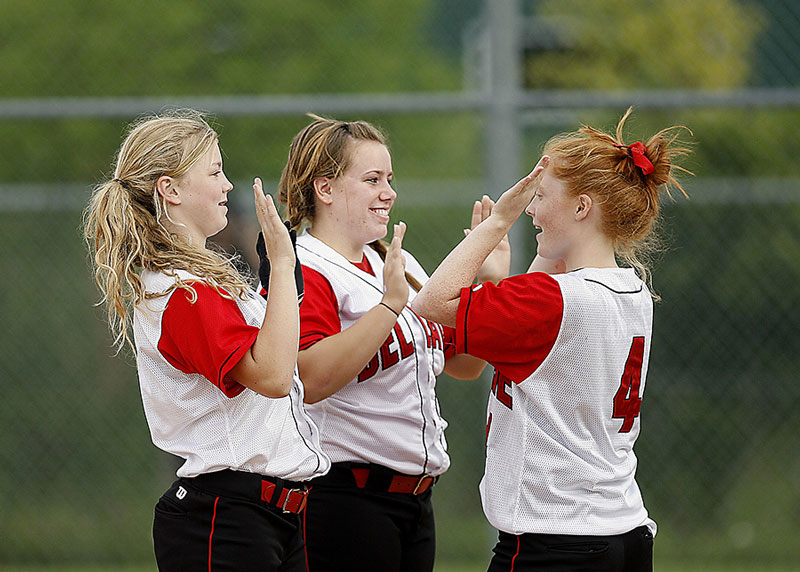 Granted, when you live rurally, or you have a houseful of youngers, getting the teens out of the house can be more difficult to accomplish. I live 10 miles from the nearest store, so I know whereof I speak, lol.

The question that I have always asked myself: What did the pioneers do? The answer (that they didn’t really do much socializing outside of infrequent circuit rider meetings, and occasional harvest days, and barn-raisings, etc.) reminds me that I don’t have to kill myself to provide socialization opportunities for my kids. The pioneer teens were actually considered capable of adult responsibilities and interaction without having to do a lot of practicing first, hello. So if participating in a particular activity works out without too much time and trouble for the family, then great. If it doesn’t, then I don’t let myself feel guilty. They really won’t be warped for life. Really.

After all, there is something to be said for the kids within a family learning to socialize with each other, am I right? What’s wrong with expecting our children to enjoy spending time with their siblings? What happened to the idea of family interdependence, rather than each individual independently pursuing their own activities? Thoughts to ponder.

What about after they graduate?

In the interests of full disclosure, however, let me be completely honest here. When my three older kids went off to college (the fourth graduates high school next month, and the fifth has a few years to go), there was a definite adjustment period. They were not used to SO MUCH social activity. They also had not been exposed to much of what they very quickly encountered away from home (even at Christian colleges, btw).

But they WERE ready to handle it with some amount of maturity. They were confident enough in their own personalities to not be swayed into needing to belong or follow the crowd — because they had spent their formative (and hormonal!) years mostly among the emotional safety of family. There was open communication with us as parents, because they had not learned to place more importance on peer opinion than on our influence in their lives. 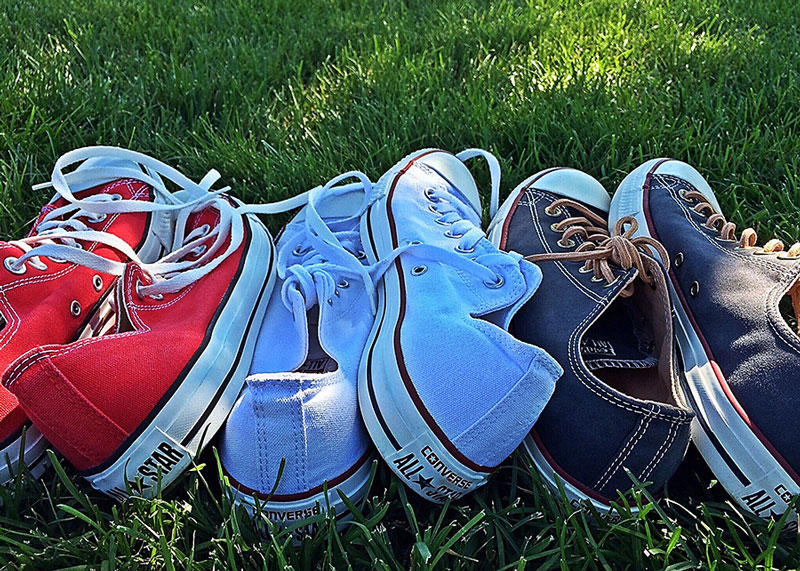 Was it easy? Not always. Have I done things differently with their younger siblings, to bring them out of the nest a little more while still at home? Yes. But mostly because it’s more convenient now to do so, with fewer kids to deal with — and certainly NOT to the extent of putting them into a public or private school situation for eight hours every day.

Why not? Now we’re back to the post I mentioned earlier — the one I wrote in answer to the lady who turned out to be not-so-nice after all, lol. Sometimes it’s necessary to look at both sides of the coin — read Opportunities My Teens are Missing Because We Homeschool High School and you’ll see what I mean.

The socialization question is an over-exaggerated and unfounded one during the elementary/middle years; it continues to lack merit during high school. Yes, you will find introverted and socially awkward homeschooled teens — but guess what? You probably find them in a similar percentage in the public school. Let’s not blame homeschooling for something that exists throughout all of society.

Socialization for your homeschooled teen? Totally doable!  Cross that fear off your list! Keep the bigger picture in mind. You won’t regret it. 🙂

P.S. The idea of using activities for high school credit (among many other topics) is covered in my new ebook called Cure the Fear of Homeschooling High School — How to Be Sure You’re Not Missing Anything. Feel free to take a look!

Follow
Ann
Ann is the (very) middle-aged mom of five who writes at Annie & Everything about calming the chaos of homeschool life. She says, "I don't do complicated!" and is known for her down-to-earth common sense about all things homeschool and the homeschool lifestyle. Having graduated four children (with one more to go), she has a heart for helping families choose to homeschool all the way through high school. To that end, she has written the ebook Cure the Fear of Homeschooling High School: How to Be Sure You're Not Missing Anything, and she admins the popular FB group called It's Not that Hard to Homeschool High School to give encouragement and support to moms of homeschooled teens. She and her family, including two dogs and three cats, live in rural Missouri.

Follow
Latest posts by Ann (see all)
Spread the love 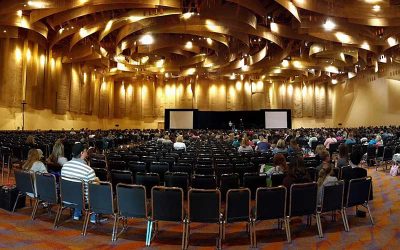 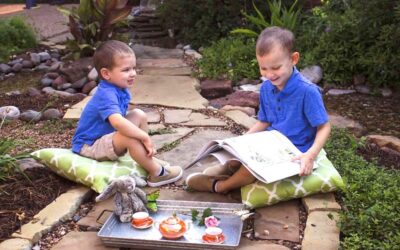 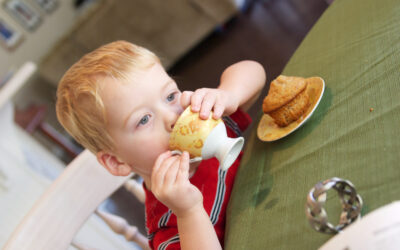